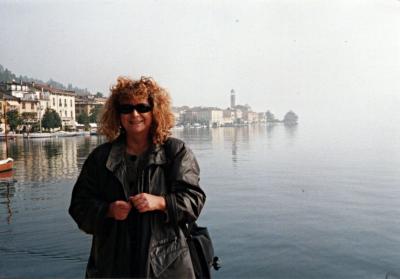 The first ever meeting of the ESCP took place in 1990 when David Smith, a group of students from Regent's College and I together founded the society. I didn't know anybody, as I had come across David and the communicative approach through another course, and felt a bit like an outsider in the group. But not for long. Soon after I arrived, feeling a bit unsure of this new place and people, a very attractive woman stood up, introduced herself as Gigi and gave me a hug, welcoming me to the group.

Over the years it never ceased to surprise me how natural it was for Gigi to sense the discomfort or difficulty of others and open her welcoming arms to them, literally and metaphorically.

Gigi's innate generosity meant that she was not very good at holding on to money - she would happily give it away. Yet at this meeting Gigi was appointed ESCP treasurer! Being aware of her liberal way with money, she then secretly paid out of her own pocket for an accountant to ensure that the ESCP money was safe and well looked after. She was a natural perfectionist.

Before turning to psychotherapy, Gigi was involved in the performing arts world, both as an actress and as a writer. Although she had left the stage, she carried her theatrical talents and abilities into her psychotherapy work, especially while developing so creatively her own method of self-processing:

'The characters which inhabit the self processing stage, communicate and enact the dramas of our current relationships, our inner conflicts, our fears, our personal history, our most pertinent needs. Dramatisation is their mode of expression - displaced figures which often astound us with their unpremeditated entrance upon the stage of our daily interactions. Like Pirandellian embodiments, they demand expression and an audience. They want to tell their dramas, and present us with their inner hurts. If we allow them creative expression, and don't deny them an audience, they speak to us a language of profound wisdom. When correctly understood and responded to, they acknowledge our efforts, but almost invariably protest when they sense an injustice.'

Gigi was always involved in some learning process. She never thought of herself as an expert who knows it all. She was keen to share her knowledge, in her unique, inclusive and democratic way.

Her path into psychotherapy is characterised by openness and the wish to explore. Before graduating (1991) at Regent's College as a UKCP therapist Gigi was among the first in the UK to train as a Master NLP practitioner as well as a hypnotherapist. She was always in the vanguard of any new developments or disciplines.

Soon after graduating from the School of Psychotherapy and Counselling, Gigi was invited to join the visiting faculty as a tutor and supervisor. From 1992 until 2000, when she left for Italy, Gigi was the Director of Psychotherapy at the Centre for Personal Construct Psychotherapy, representing PCP in international conferences. Gigi pioneered self processing, a newly developed psychoanalytical model for self analysis and the interpretation of dreams. She was invited to present and teach her findings in the UK and at universities outside the UK. 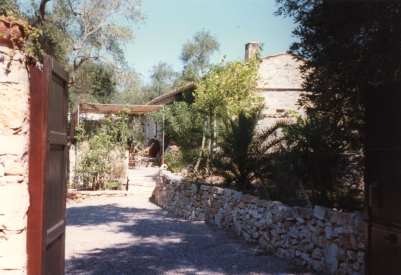 When the beautiful house she and Terry, her husband, built on the Greek island of Paxos was ready, Gigi was already looking for ways of creating a learning centre there, which would be inspired by the ancient calm and open environment of the island so that people could reclaim their own powers of healing. In 1998 she became the co-founder and tutor of the Greek Island Seminars: 'Conscious and Unconscious Communication'. It may sound a bit 'new agey' but those who experienced 'Greek Island Seminars' know the depth and the professionalism with which Gigi led her workshops.

In 2000 Gigi moved back to Italy, pledging to continue her work on a European scale and founding the Centre for Self Analysis. However,very soon after settling on the shores of Lake Garda, she was diagnosed with cancer. Gigi died on Saturday 22nd of March 2003.

Gigi loved life. She was an innovative explorer of the inner depths of our psyche, yet warmly embraced creativity, beauty, writing, art and good company. Her definition of self processing reflects her positive view of her fellow human beings:

'The self processing message is an optimistic one, even when painful to bear. Its eventual insights are brought about by our unconscious attempts at rectifying those aspects of our environmental, personal and interpersonal lives which render us dysfunctional. Self processing psychotherapy aims from the outset at placing upon the individual the task of learning to become his or her own healer.'

In one of her lectures Gigi quoted the actor Paul Eddington, who asked to be remembered as 'a man who did little harm'. Identifying with his wish is a reflection of her modesty. Gigi was a woman who not only did little harm, but a very great deal of good, as all who knew her will agree.

Gigi's legacy is of the highest professional generosity; developing tools by which individuals could choose to heal themselves.